Skip to content
Tracy graduated from the University of Leicester with a degree Psychology. She spent the first part of her working life in the City in the late 1980s working for various merchant banks before moving into education. Tracy has experience of working in both the state and private education sector. In the early 2000’s Tracy took on a more pastoral role helping to run a busy boys’ boarding house at Clifton College in Bristol.

At the same time, she began working as fundraising officer for the Association of Children’s Hospices, a children’s palliative care charity where she continued to work for over ten years. Tracy completed her Certificate in Fundraising Management in 2010. For the past twelve years she has used her fundraising skill to raise income from Trusts and foundations, individuals and events. She is also experienced in grant making at both strategic and operational level.

From 2012 until recently, Tracy supported the Amber Trust with its fundraising and managed the Amber Trust Music Award Scheme. Tracy is currently Head of Individual Giving at the national cancer support charity Penny Brohn UK. Tracy became a Trustee in May 2016. 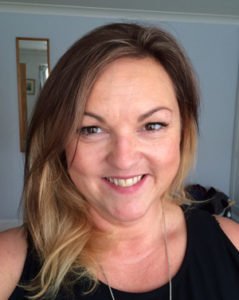 Back to the supporters page
Tweets by @theambertrust