A celebration of Amber beneficiaries and supporters

On Sunday 8 May 2016, we hosted ‘An Afternoon of Music’ with special performances from the Derek Paravacini Quartet, a number of the talented individuals we support and one of Amber’s biggest supporters.

The event, which was attended by over 200 people, was the first time that beneficiaries and supporters of The Amber Trust took to the stage with professional musicians.

It was a glorious spring day along the River Thames at The Wathen Hall at St Paul’s School in Barnes, London. Celebrations included performances by the brilliant Derek Pavavacini Quartet, hugely talented Amber beneficiaries including Mahalia Creft on the violin, Anna Foo on the flute, as well as Ashleigh Turley on the piano and saxophone. Poppy McGhee, one of Amber’s most successful fundraisers gave beautiful recitals on the violin and recorder.

As well as individual performances, the musicians had the opportunity to jam together on stage, which was truly wonderful and inspiring for everyone present. Derek Paravacini also took special requests from the audience, which included theme tunes from The Pink Panther, Harry Potter and Skyfall.

Sarah Garrett, a supporter of Amber who attended the event with her family said: “It was a privilege to attend The Amber Trust’s ‘Afternoon of Music’. Derek Paravicini wowed us again with his extraordinary virtuosity but this time with his brilliant jazz quartet. It was also truly inspiring to see performances by some of the talented children, who are challenged in various ways that Amber supports. And wow, were they impressive!

Mahalia Creft, Anna Foo and Ashleigh Turley have clearly had their lives enhanced by their exposure to music but more than that, they performed with such musicality and genuine love for music. While joyous and energetic, it was a terribly moving concert, made more so by the fabulous performance by Poppy McGhee. The concert was so uplifting for all, demonstrating The Amber Trust’s real commitment to improving the lives of children through music”. 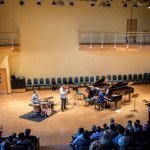 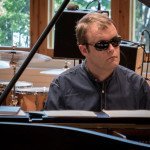 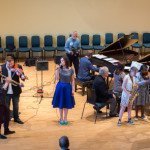 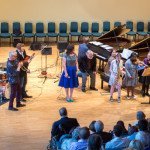 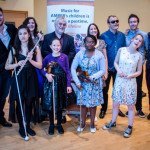 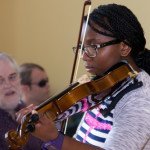 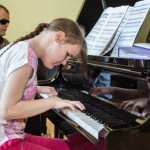 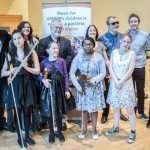 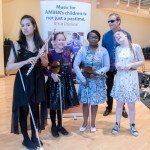 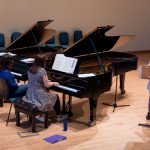 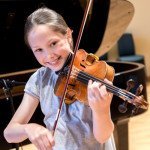 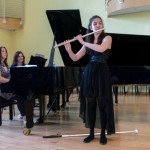 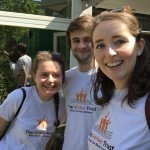